How To Tell What Panerai You Have 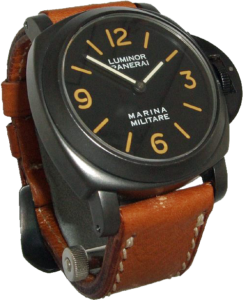 If you want to know how to tell what Panerai you have, you may have difficulties if you have an untrained eye. One way to tell what kind you have is to look at photos of the various types on Amazon.com if you have a newer watch. If you have an older one, you can look at Ebay.com to see if they have one that matches.

If you are a first time purchaser of the Panerai brand there are a few things you should note about this watch.

The Paneria watch brand has been around since the inventor of the watch, Giovanni Panerai, opened his shop in Florence Italy, 1860.

In 1993, Panerai started selling the brand to the general public after catering to the Italian Marine forces for over a century.

The different types of Panerai watches are tremendous with the historic Radiomir prototype made in 1936 being the first Panerai. 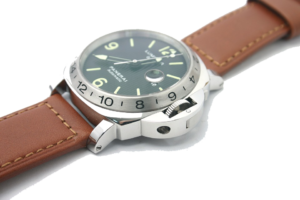 Created for the “Frogman Commandos of the Royal Italian Navy” on the eve of the Second World War this Panerai watch retains its distinct features of: 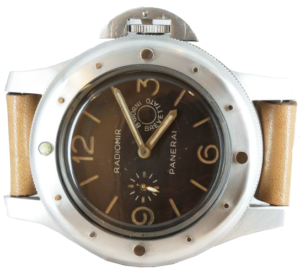 The Luminor featured a crown-protecting bridge, with reinforced wire lugs created from the same block of steel as the case, the cushion-shaped case, as in the Radiomir 1940 and the flat, wider bezel. The models with this case are called the Luminor 1950.

All present day Panerai are derived from these two prototypes: the Radiomir which is now the Luminor and the Mare Nostrum. Their distinguishable features being the distinct shape of the case, the crown lock and the dial details.

The Panerai was designed to be water resistance and is still know for this factor demonstrated by the catchy slogans used such as Dive into time or From the Depths of the Sea. But not every Panerai sporting the basic features is the real McCoy.