How To Be A Victorian Lady 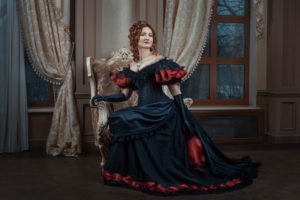 Ah, the Victorian era; truly a time in history that many look back on with reverence. Many questions abound on the historical period but the one we are discussing today is: How to be a Victorian lady?

During Queen Victoria’s rule (1837-1901) Europe went through a time of rapid development where social, economic, and medical practices were reinvented and re-imagined.

It was during the once great Queen’s reign that the question ‘How must a woman act?’ would resurface.

The above question has shaped our society, and had radical effects throughout history, stemming back to very dawn of man (and woman) kind. During the nineteenth century, eyes turned to Queen Victoria herself to help the female of the species find their ‘rightful’ place in society.

Victoria became such an idol for women, that their lives would revolve around her every move. Whether or not you were rich, or poor; to be considered a Victorian lady was a privilege held with high esteem.

That was well over a hundred years ago, but some of us still want to revive the decorum and grandeur synonymous with Queen Victoria. Here are a few tips on how to become a Victorian lady: 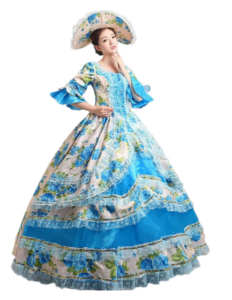 Clothing for a Victorian Lady

It is said that the clothing you wear speaks volumes of your character. In this instance, it would also likely change the character of those around you. In the Victorian era, if you were to wear clothing that was not befitting a lady, you were scoffed at; that means no ankles, arms, cleavage, or anything of the sort for the aspiring Victorian lady.

The first thing many people think about when they hear the words ‘Victorian’ and ‘ladies’ fashion’ is corsets, and that’s hardly surprising.

Corsets were, of course, a very popular must-have item for every Victorian lady’s wardrobe. The hour-glass figure of a woman in a corset was a highly sought-after look in the nineteenth century. Of course, physically binding your body in such an extreme way for hours at a time came with one of two problems. Corsets had a nasty habit of dislocating ribs, causing people to faint from lack of oxygen, and hurting the liver due to compression. Of course, it’s important to think of them like anything else in life, too much is bad for you; so wear yours sparingly.

Along with a corset, women wore Victorian dresses. Relatively tame by today’s standards, some of these dresses were clearly going to cause a scandal back then. I mean, an ankle and ‘BAM’, borderline seduction. In all seriousness, the majority of dresses were designed to cover both your top, and bottom all the way down. If you were seen wearing a dress that did not adequately cover you then there would likely be trouble. 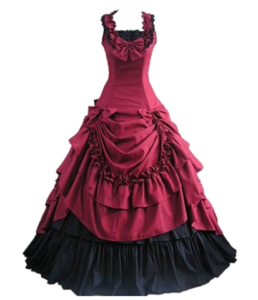 The only exception to social etiquette with regards to dress-length was for children under nine years old. Kids’ dresses could go as far up as the knee.

Another key question is that of color. Luckily, different shades did not carry the same social taboo as the length of a garment. Despite this, most chose darker tones, although one could get away with wearing bright colors with little chastisement from the men-folk .

Lastly, it was very important to accessorize with Victorian brooches, mini-umbrellas, and flat-hats. These must-haves in the wardrobe were all-the-rage at the time.

Knowing how to look is only half the battle. The next phase in your transformation into Victorian lady is learning how to act. In the Victorian age, one must always speak properly to the point of using somewhat opaque language.

Some of the language used, of course, won’t be understood by many today, so instead just make sure to add an extra word or two, that probably didn’t need to be there.

Compare the first sentence to the second: 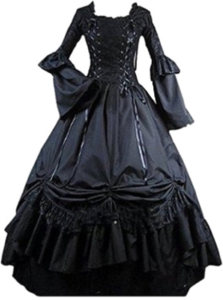 Notice how subtle alterations and the addition of words changes the tone entirely?

In the Victorian age, language is spoken, not just orally but with gestures too. For instance, a half-opened fan pressed to the lips meant; ‘you may kiss me’.

Sounding fun, or interesting to you? Well you can go ahead and check out more details on the language of gesturing with a fan over at this website:

Now that you look the part and you talk the talk, you just have to put it all into practice. While a grand ball sure sounds like a great place to start, in reality we don’t have that many grand balls still in operation today.

Instead, you can plan your own debutante dance. Invite your friends and family and show off your new Victorian style to everyone you know. Another option, my personal favorite, is going out to regular places, dressed in all of your Victorian garments. Complete the look by pompously standing with pride as people walk by to gander at your magnificent poise.

All in all, being a Victorian lady takes work, guts, effort, and a lot of fabric; all of which can seem daunting. Luckily, the results are well worth it. All that dressing up and role-playing can be incredibly fun and even the strictest Victorian gent would excuse you for sneaking a quiet giggle behind your hand-fan every once in a while.

I hope you learned a bit about how to act and look like a proper Victorian lady and I look forward to seeing you at the ball!